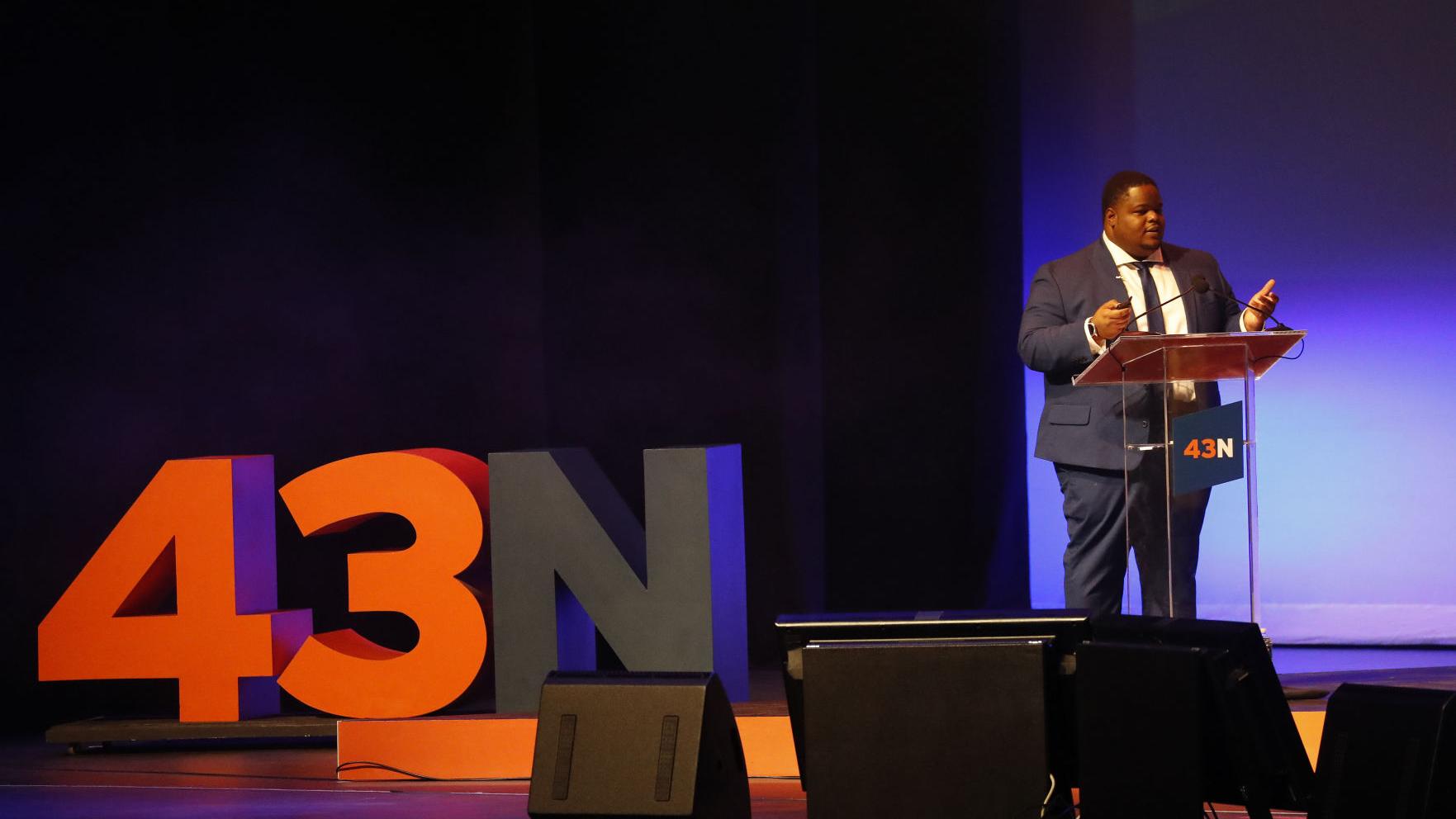 SO Neighborhood News shares good news and exciting developments from Seneca One, and the companies and individuhals who call the tower home

Seneca One resident 43North was ahead of the curve (or should we say ahead of the fin) when they awarded $1 million to their 2018 startup competition grand prize winning company, SparkCharge. On Friday, October 16th, SparkCharge’s CEO Joshua Aviv and chief technology officer Christopher Ellis appeared on the season 12 premiere of ABC’s “Shark Tank” where they had the opportunity to pitch their business plan to celebrity “sharks” Mark Cuban, Lori Grenier, Daymond John, Blake Mycoskie, and Kevin O’Leary.

SparkCharge is an environmentally focused start-up in the high-growth electric vehicle space. They specifically are building out a smart and accessible network of portable EV charging systems in order to serve a growing population of EV owners.

Onstage with the “sharks,” Christopher and Joshua highlighted their business model, shining light on how much they have continued to thrive and grow since securing their initial investment from 43North onstage at Shea’s in 2018. Their presentation highlighted their key product, the Roadie–a portable, modular, and fast electric vehicle charging device, as well as their B2B business model, including high profile partner AAA Roadside Assistance. While discussing the financial details of the Roadie,  Josh gave a shout-out to the company’s decision to build their own manufacturing facility right here in Buffalo, New York.

While several of the “sharks” were wary of SparkCharge’s leasing model, the potential for future direct-to-consumer units hooked several of the investors. Mark Cuban said, “let’s charge this up,” and Chris and Josh were able to use their skills to negotiate a $1 million deal from Cuban and Lori Grenier, adding to their $5 million in grants and investments received over the years. This win for the sustainably-driven green-focused company comes on the heels of a large $3.3 million private investment that SparkCharge received in April of this year. We are excited to see how these windfalls will contribute to SparkCharge’s growth at their Buffalo facility, located at 683 Northland Ave. in the same space as the Northland Workforce Training Center and Buffalo Manufacturing Works.

After the “Shark Tank” episode aired, 43North’s president Colleen Heidinger spoke to the Buffalo News about this exciting moment, not just for 43North, but for the Tech and Start-Up landscape of Buffalo in general. “Seeing notable investors make a commitment similar to ours, speaks to 43North’s ability to attract and invest in scalable companies with high growth potential,” she shared with the paper.

Both Christopher and Josh spoke of their confidence in SparkCharge’s ability to grow to be a multibillion dollar company. Before leaving the show, Josh shared, “with the power of Lori and Mark, SparkCharge is now fully charged to take over the world.” We couldn’t be more excited to see how SparkCharge continues to grow, bringing more energy to Buffalo and its sustainable technology and manufacturing industries.

Check out the clip here to see the tail end of the Shark Tank clip as Josh and Chris negotiate a deal with the sharks: https://www.youtube.com/watch?v=wByvHFTHdGs&feature=youtu.be