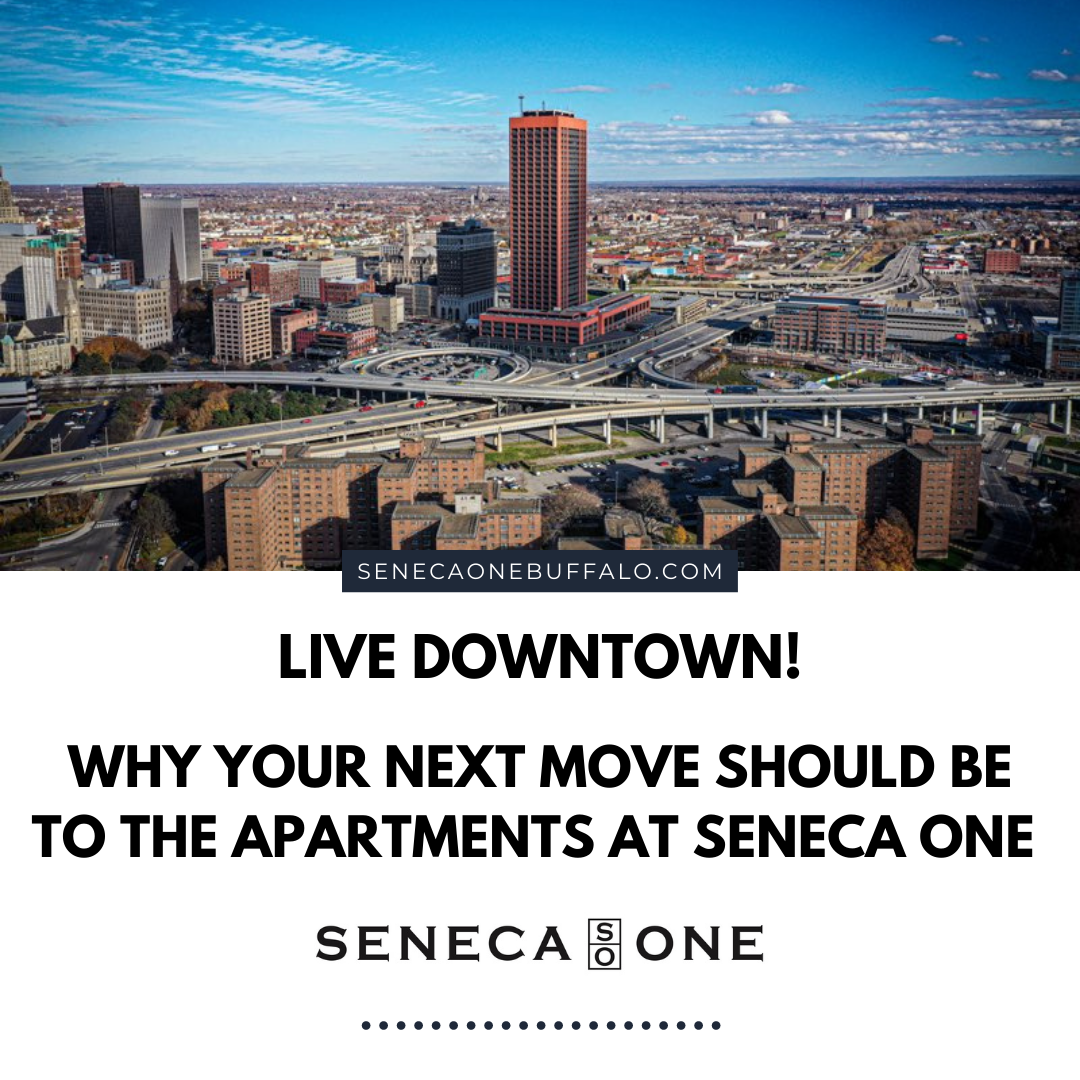 Seneca One is a Community, Not a Complex.

New With A View

Seneca One boasts 115 stellar new apartment units—from studios to three bedrooms—completed in 2018.  While the building has history, the apartments are fresh. Units feature all of the top of the line amenities you want in luxury living, stainless steel appliances, in-home washer and dryer, and more.

Everything you’d need is inside, and you also have a great view of everything there is to offer outside through massive windows! Apartments have views of iconic downtown spots like Canalside, Pearl Street, Lake Erie, Seneca One Plaza, and Sahlen Field!

Everyone who lives and works at Seneca One is committed to downtown Buffalo’s resurgence. Current tenants were drawn to the building because it is a one of a kind option in a city they love. With shared spaces from the fitness center to outdoor seating areas, you can turn your neighbors into connections and lifelong friends.

Plus, some of Buffalo’s most exciting companies call Seneca One home. Hang out in the lobby and you can network with Buffalonians from companies like Odoo, 43North, M&T Bank, Lighthouse Technology Services, Douglas Development, and more!

The Douglas Vision and the entire Douglas Development team are dedicated to building a community at Seneca One, not just filling apartments. The team is working to create an inclusive environment with a  melting pot of tenants.

Plus, Douglas Development gives back to the community! In November, they partnered with M&T Bank to give away 500 turkeys to Western New York families in need a few days before Thanksgiving.

“Like our partners at M&T Bank, Douglas Development and the team at Seneca One are committed to giving back to the community, and with the difficulties this year has brought, helping our neighbors is more important than ever,” Douglas Jemal, principal of Douglas Development, told Channel 7 news in regards to the giveaway.

While the pandemic has slowed down our chances to gather lately, Seneca One is ready to host nonstop events for networking and socializing when it’s safe to get together. There are events to suit everyone. Residential Happy Hours? Check. Professional Mixers? You got it! Comedy nights? Get ready to bring out your inner Jerry Seinfeld. When the Bills make it to the Super Bowl? Seneca One will be hosting the watch party.

For residents only, one of the most fun and unique events at Seneca One is the Seneca One Space Club! Join Western New York’s most exclusive group of amateur astronomers as they star gaze from the roof of Seneca One!

When that highly anticipated snow storm hits, you won’t even have to leave the building! Seneca One is set with everything you need to live, work, and play downtown.

Have a furry friend to bring along? Units are pet friendly, and a dog park is coming soon! Like to keep things moving? There is a 24-hour state of the art fitness studio (and Seneca One is dedicated to fit and healthy living).

Plus the building has onsite food and drink, with more to come! Stop by the Food Hall for a quick lunch, or grab a post-workout protein shake from The Blend.

Interested in starting your next adventure downtown at Seneca One? Check out this site for more info, and then send a note to residential manager Samantha Soltis, ssoltis@douglasdev.com. 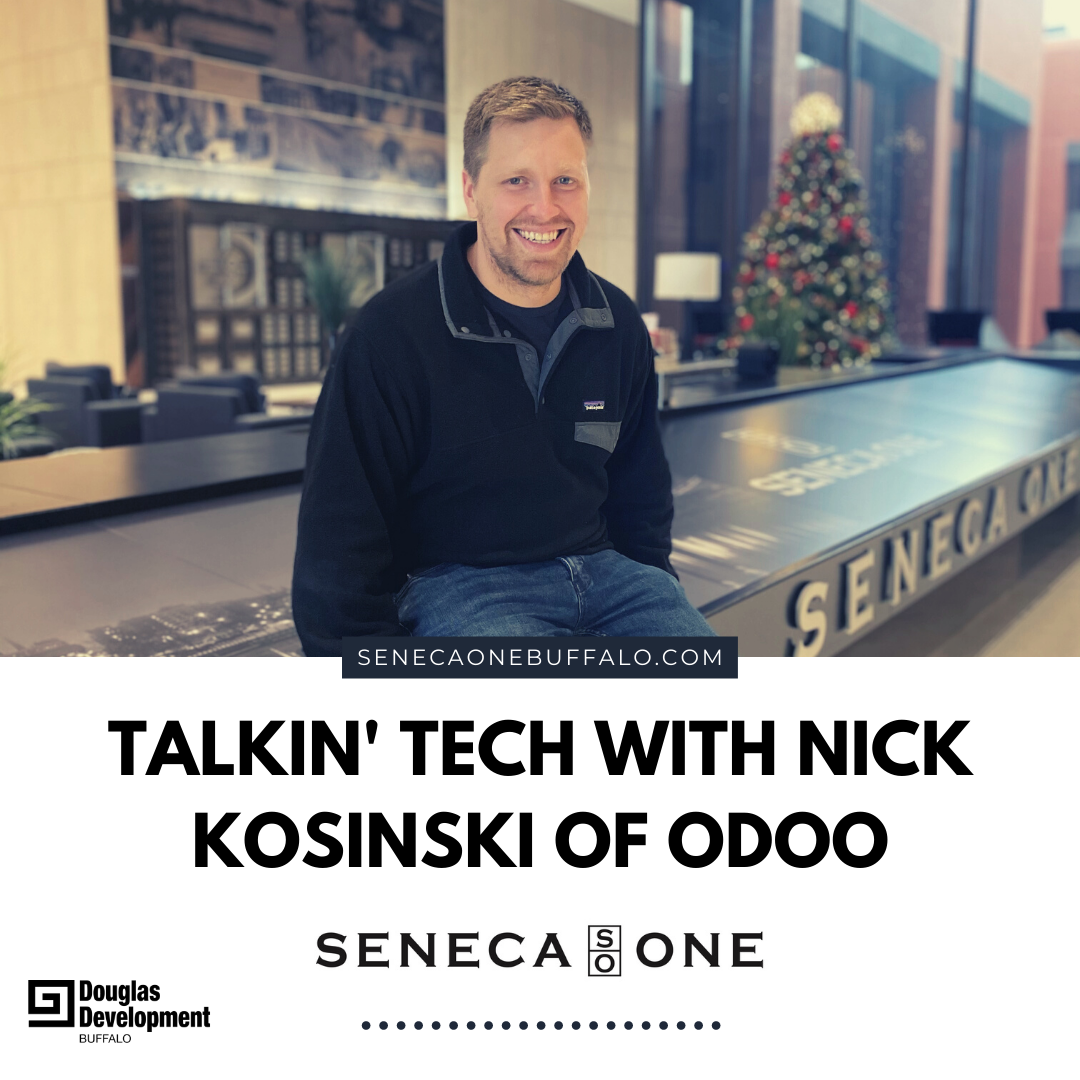 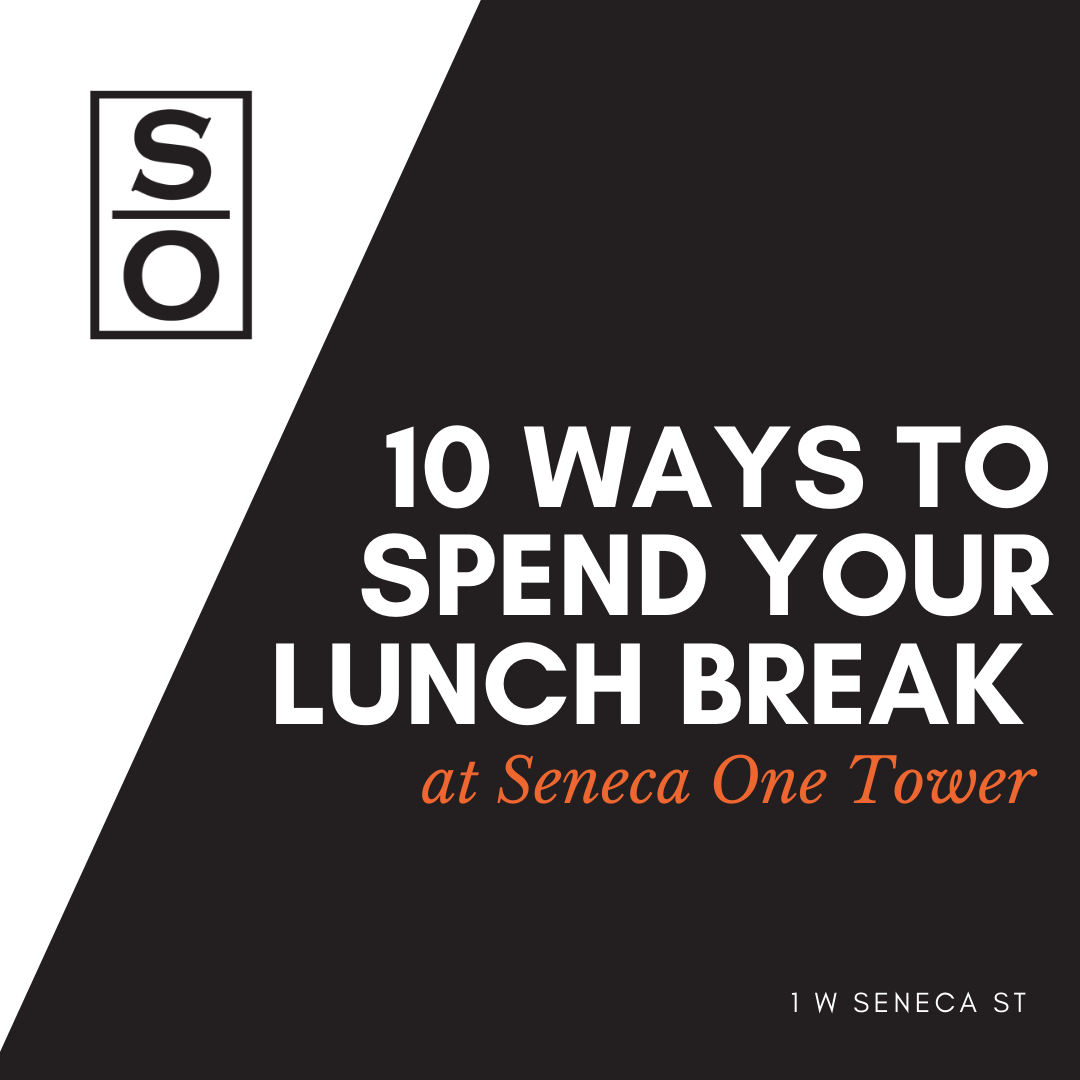 There’s lots to see and do in downtown Buffalo these days, so why not take some time on your lunch break to get out and explore the neighborhoods surrounding Seneca One! Take a look at our top 10 fun ideas to try out that are just a short walk from us.

This is just a snapshot of the exciting amenities nearby Seneca One. What are some of your favorite things to downtown?