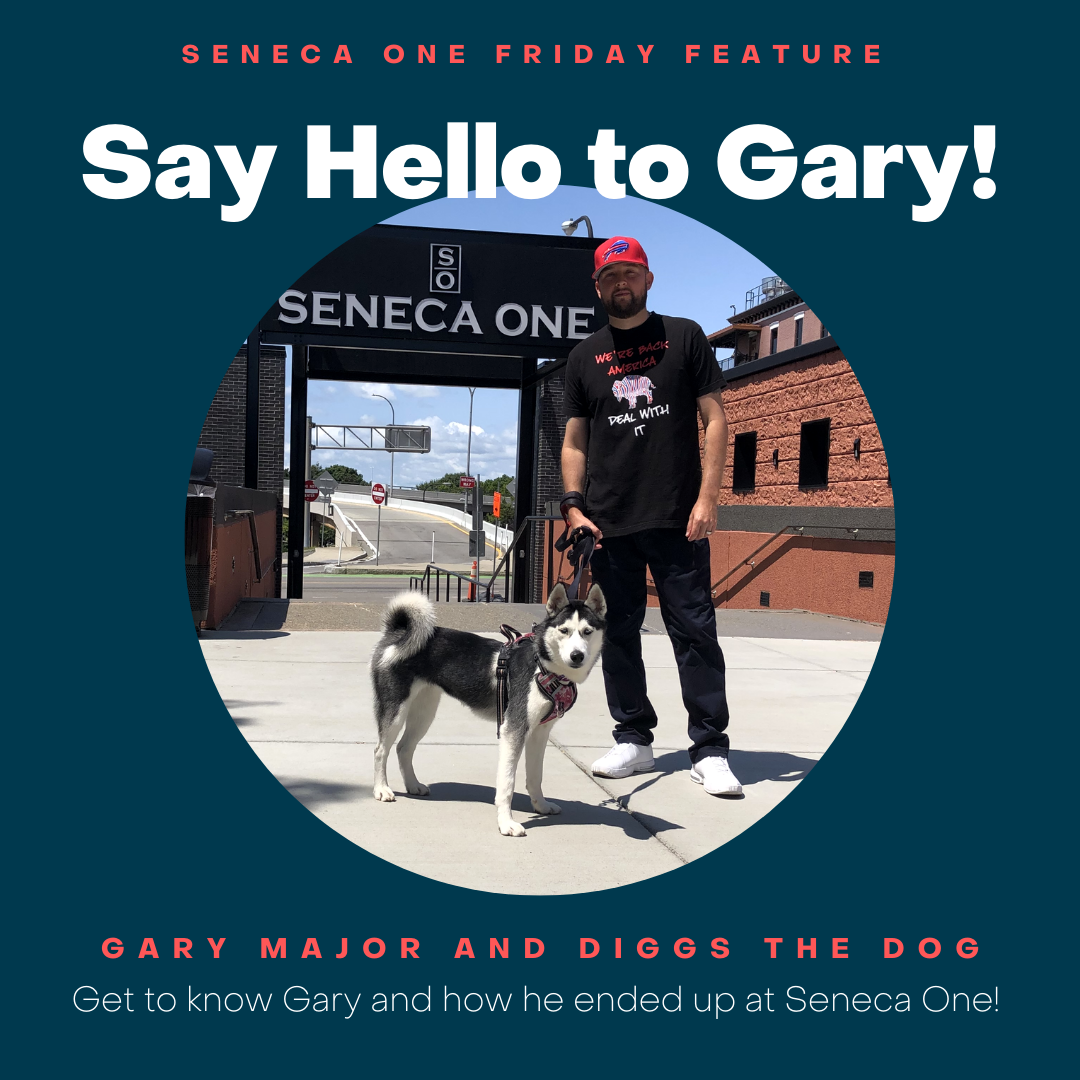 Happy Friday to the City of Buffalo! Our Seneca One team is proud to announce the “Friday Feature,” a series highlighting the people who help strengthen our Seneca One community on a daily basis.

This week we’re featuring Gary Major and his dog Diggs, residents of Seneca One and members of the first wave of residential tenants to ever move into 1 Seneca Street. This duo has a contagious spirit that helps enhance the already electric atmosphere surrounding WNY’s tallest skyscraper and Seneca One community.

Gary Major loves the city of Buffalo and the Buffalo Bills, and he’s not afraid to tell you about it.

Among the roughly 115 residents of Seneca One, it’s tough to stand out. But it’s not hard to find Gary Major in a crowd of people.

Through the halls of Seneca One, on any given day, you might find Major donning a red No. 17 Josh Allen jersey and a pair of shorts with a charging Buffalo accompanied by his beautiful young puppy, Diggs, named after Buffalo Bills wide receiver Stefon Diggs.

Got a question about the upcoming 2021 Bills season? Don’t worry. Gary’s got you covered. Do you want to know who the best quarterback in the NFL is? Gary will tell you in his unbiased opinion who that is. Need a clue? He’s 6-foot-5, 238 pounds, and just signed a six-year, $258 million deal with $150 million guaranteed.

No matter the conversation, each answer he gives you is met with a beaming signature smile that radiates pure happiness.

“I love Buffalo,” Major said. “Buffalo is a special place, a place where strangers will treat you like family. Good luck finding that in another city.”

Major is a resident of the apartments at Seneca One, and since moving to Buffalo in 2020, his love for the city is as elite as a flat or drum chicken wing, doused in bleu cheese on a crisp football Sunday.

He grew up in Southwest Florida, just outside of Miami, in Miami Dolphins country. His mother and father, originally from New Jersey, have strong ties to the New York Giants. When the Giants battled the Bills in Super Bowl XXV, Gary grew tired of all the Giants talk. Since he didn’t like Dan Marino and the Dolphins, he made a bold decision that very day. 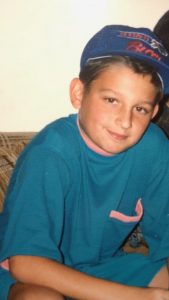 We all know the fate of the Bills in that Super Bowl, but that didn’t stop Gary from loving his beloved Bills. As time went on, his love for the Bills blossomed. After years of working as a realtor in Southwest Florida, his passion for the Bills finally caught up to him; he decided that he must to move to Buffalo.

In August 2020, Gary made the move from Southwest Florida to Buffalo.  Upon his arrival and searching high and low for the right place to live, he stumbled upon Seneca One.  The positive atmosphere and warm welcome from the “City of Good Neighbors” made his decision to live here very easy.

“Moving into Seneca One was the best decision hands down that my wife and I have made since moving to Buffalo,” Major said. “The staff and tenants here always make us feel special. Everyone treats our dog, Diggs, like gold. We have made many friendships that will last a lifetime.”

Now that Gary has settled into his dream city, there is another goal that he would like to check off his list. He hoped to one day be heavily involved in the Bills’ organization and will stop at nothing to get there.

Persistence goes a long way in a city like Buffalo. Recently, he was awarded a position with the Buffalo Bills as a Guest Services Representative. He did it. He’s in and he’s ready to work hard to climb the ranks. He has hopes that this position will catapult him into the next phase of his life and career.

The Seneca One community couldn’t be more proud of Gary, his commitment to the city of Buffalo and the Bills, his persistence, and his willingness to get the job done. The next time you see Gary and Diggs around Seneca One, be sure to say, “Hey-eh-eh-eh,” but make sure you’re not a Patriots fan. He might walk right by you!