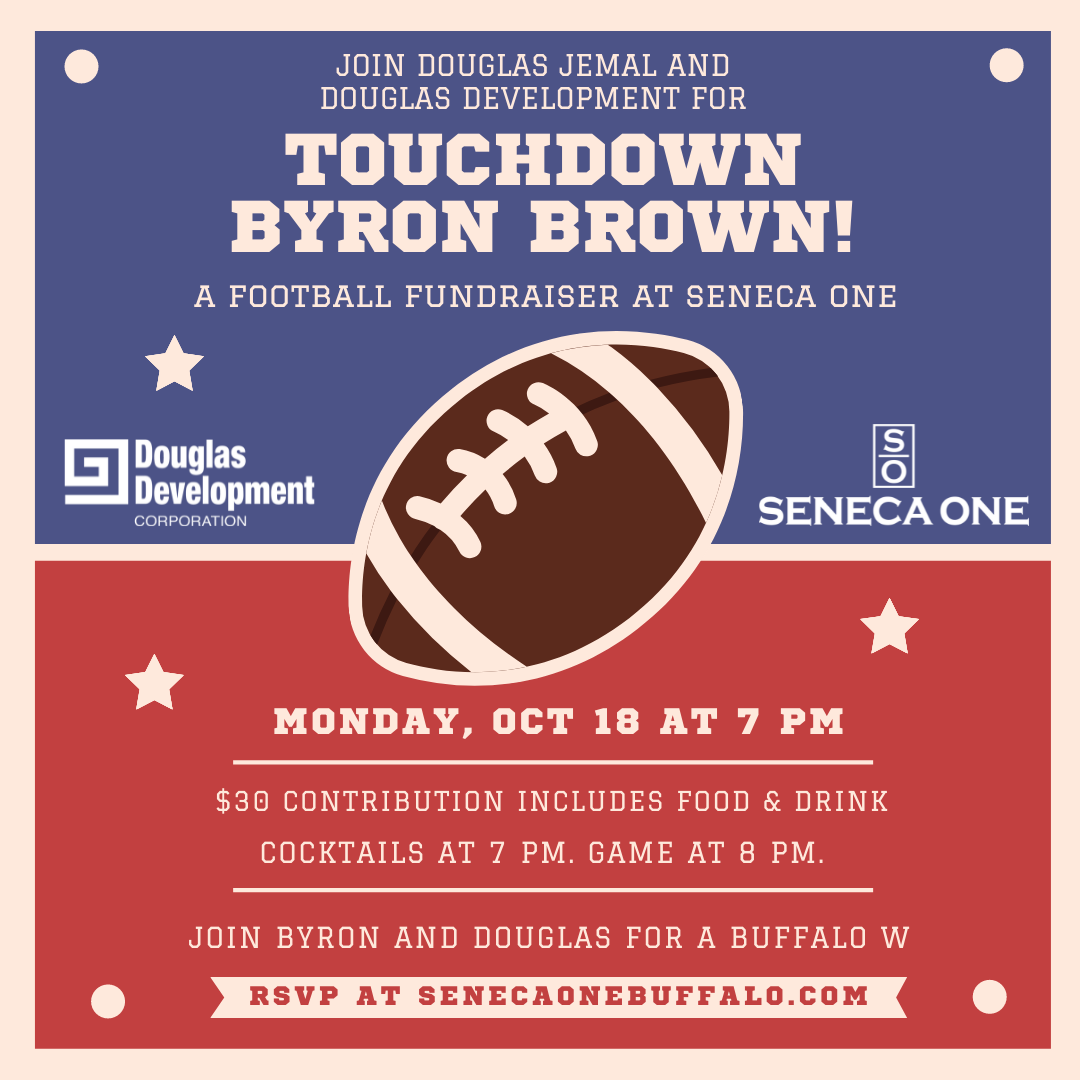 Join Douglas Jemal and Byron Brown for a football fundraiser supporting Brown for Buffalo on Monday, October 18 at 7 PM at Seneca One.

The event will take place at the Lobby Bar at Seneca One. RSVP’s are encouraged via Eventbrite and individual $30 contributions will be collected at the door by the Brown for Buffalo team.

Your $30 contribution includes a game day buffet of tailgate themed food by Seneca One and draft craft + domestic beer for the duration of the event. Other Half Brewing Co draft beer will be included in the contribution.

The event is family friendly and all are encouraged to come.

At 8 PM, Seneca One will show the Buffalo Bills vs. Tenessee Titans Monday Night Football Game on a 30′ screen as well as screens throughout the lobby.

Join us to cheer on Byron Brown, the Buffalo Bills, and the city of Buffalo!

CONTINUE THE PROGRESS and WRITE DOWN BYRON BROWN on your NOVEMBER 2ND BALLOT!

“I’m humbly asking you to WRITE DOWN BYRON BROWN for Mayor on the November 2nd ballot. When I took office in 2006, I promised to revitalize our City, promote economic development and job creation, build a safer, stronger Buffalo, and ensure that every community shares in our opportunity and our success. And we’ve made incredible progress. I’m running in the General Election because there is far too much at stake to stop now. We cannot afford to let anyone stop Buffalo’s progress.” 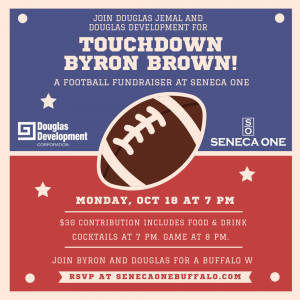